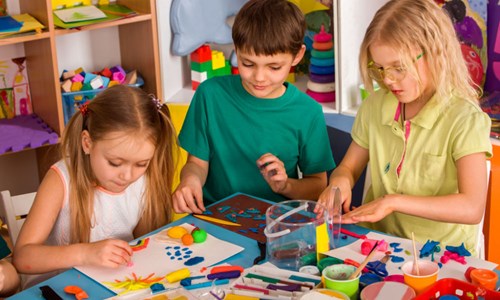 With roots that reach back to ancient Greece and a foundation built on modern educational research, social emotional learning continues to gain popularity in school districts across the United States. Schools report positive student behavior and academic performance outcomes using a holistic approach that combines academics with social and emotional learning (SEL).

School officials nationwide have stepped up the integration of SEL into U.S. classrooms at all grade levels. While some of that is associated with the impact of COVID-19, the global pandemic only accelerated a pre-existing trend in which more students reported increased levels of stress and anxiety. This can manifest in several ways, including students acting younger than their age and experiencing difficulty with self-control.

With its focus on empathy for others and conflict resolution, SEL helps students better manage these issues. Learning how to incorporate SEL strategies in the classroom is something many teachers now consider a necessary part of their professional development.

What Is Social Emotional Learning?

Educators adopt SEL practices to help students in areas beyond academics. SEL practices support students in developing self-awareness, self-control and the ability to manage emotions. Students also learn the interpersonal skills needed to work with others.

Strengthening these skills helps students cope better with the difficulties of everyday life. They become better problem-solvers and collaborators by practicing these skills and developing empathy for others. The impact is far-reaching. The global nonprofit Committee for Children writes, “if you make a positive impact on enough children through social-emotional learning, then the ripples will help a family, a school, a community, and ultimately, the world.”

Research data back this viewpoint. An analysis of 213 studies involving more than 270,000 students found that SEL:

The History of Social Emotional Learning

The history of social emotional learning involves ideas from the foundation of Western thought in Greece through modern academic research that started in the Civil Rights Era.

Many of the concepts involved with SEL have roots in ideas from ancient Greece. In The Republic, a Socratic dialogue written in 375 BC, the philosopher Plato tackled questions about the nature of ethical and political justice. He also wrote in detail about the organization of an ideal state. He argued that such a society required the education of all citizens.

Plato proposed a holistic approach. He wrote that students should have a balanced curriculum that includes arts, math, science and physical education—an accurate description of what students still do today. But he also believed students should learn about character and judgment. He wrote: “By maintaining a sound system of education and upbringing, you produce citizens of good character.”

A curriculum that includes SEL continues to strive for the creation of productive, responsible and engaged citizens.

Thousands of years later, at Yale University in New Haven, Conn., James Comer began a pilot program in the late 1960s called the Comer School Development Program, according to Edutopia. The program’s work focused on Comer’s theory that the “contrast between a child’s experiences at home and those in school deeply affects the child’s psychosocial development and that this, in turn, shapes academic achievement.”

The program focused on two schools with predominantly Black students in New Haven. Both schools ranked among the worst in the city for academic achievement and attendance. A team that included the principal, a mental health worker, parents and teachers began changing the school’s academic and social programs and procedures. By the 1980s, students at both schools outperformed national academic standards, and behavioral problems and truancy declined.

Backed by Comer’s research, nonprofits such as the Committee for Children became advocates for SEL. Other notable organizations include Collaborative to Advance Social and Emotional Learning (CASEL) and the W.T. Grant Consortium on the School-Based Promotion of Social Competence.

In the 1990s, the consortium released a report that defined the goals of SEL, which included programs that foster resilience, help students create a clear and positive identity and support belief in the future. SEL programs since then continue to evolve while promoting social, emotional, cognitive and behavioral competence.

Fresno Pacific University offers a Social Emotional Learning Certificate for teachers and administrators as part of its online continuing education courses and certificates for educators. The SEL certificate program teaches educators how to create safe and supportive classrooms and schools using evidence-based and age-appropriate strategies.

Educators earn 15 professional development credits in the certificate program by taking the required course,  Whole Student Education for Social Emotional Learning, along with four or five courses from a list of a dozen elective courses. Graduates from the program are ready to build collaborative partnerships with students and parents, helping students learn interpersonal skills and receive the emotional support they need.