How to Build Character, Enhance Motivation with a Coaching Certificate Program 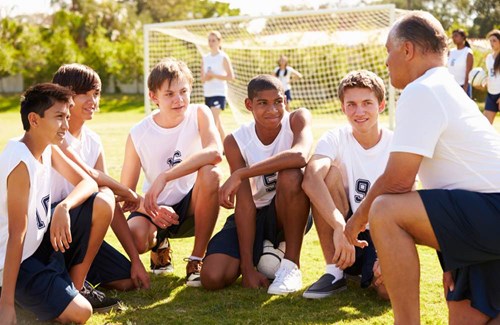 For modern professionals, the job of coaching has gone far beyond simply teaching players how to hone their athletic ability. Contemporary coaching has as much to do with the mind as it does the physical body and performance.

Recognizing that, coaching certificate programs have been created that allow coaches to further their education and learn the latest strategies, tools, and techniques in coaching. Fresno Pacific University, as part of its online continuing education program for educators, offers a Coaching for Excellence coaching certificate program designed for those who want to gain fresh insights into coaching.

The certificate programs offer courses on a variety of issues that impact coaching. Those include two key components of the job: building character and enhancing motivation.

The word “character” comes up in sports often - not always in a positive way, especially at the professional level. Some individual players are seen as lacking character. In some cases, a whole team might become of the focus of this type of criticism.

Coaches of young players have an opportunity to mold a person’s character earlier in life. But are there proven strategies to follow that can lead to better character and sportsmanship among young players?

The answer is yes, and some of these strategies include:

Coaches have the opportunity to learn through a variety of mechanisms, including keeping a journal that details the events during a 10-day period of coaching, interviewing other coaches and reading extensive essays and books on the topic.

What motivates a student-athlete to achieve at a high level? What is a coach’s role in supporting that motivation? These questions have answers in the mental aspects of coaching, an area that is just as important as developing physical skills.

Everything involved in sports - from learning the game, to improvement in physical and tactical skills, to eventual success - is tied to the psychological idea of motivation. Unfortunately, many in coaching fail to understand this as well as they should, leading to players not achieving their potential.

A coaching certificate program offers information in areas that enhance a coach’s skills in motivation. This includes:

Motivation and character building are just two of many areas where coaches can improve their skills through online courses. Other areas include leadership, fostering team cohesion, coaching female athletes, and focusing on specific sports including baseball, football, basketball, swimming, and track & field.

Coaches play a vital role in the development of young people, both in mind and body. For coaches who want to be the best at what they do, a coaching certificate program can help them further their professional goals.