America stands at a dramatic crossroads: Mega banks and corporations wield disturbing power; huge income gap between the top 1% and the other 99% grows visibly wider; astounding new technologies are changing American lives; conflicts over U.S. military interventionism, and the environment and immigration dominate public debate. Sound like today's headlines? You might be surprised to know that these headlines were from newspapers over 100 years ago. These and other issues characterized the early 20th century and were the hallmarks of the transformative periods known as the Gilded Age (1865-1900) and the Progressive Era (1900-1920).

Welcome to one of the most colorful, tumultuous, raucous, and profoundly pivotal epochs in American history. Stretching from the end of the Civil War in 1865 to roughly 1920, this extraordinary time was not only an era of vast and sweeping change-it saw the birth of the United States as we and the world at large now know it. Before the Gilded Age and Progressive Era, America was a developing nation, with a largely agrarian economy; sharp divisions between North, South, and West; and virtually no role in global affairs. Yet by 1900, within an astonishing 35 years, the U.S. had emerged as the world's greatest industrial power. Gilded Age and Progressive Era leads you on a sprawling journey through this uproarious epoch.

In taking the measure of six dramatically innovative decades, you'll investigate the economic, political, and social upheavals that marked these years, as well as the details of daily life and the critical cultural thinking of the times. In the process, you'll meet robber barons, industrialists, socialites, crusading reformers, inventors, conservationists, women's suffragists, civil rights activists, and passionate progressives, who together forged a new United States. This class provides a stunning and illuminating portrait of a nation-changing era. 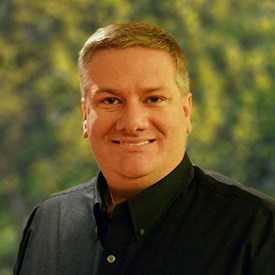 I am currently Director of Academic Development and a faculty member at Fresno Pacific University. I am responsible for all course offerings and marketing through the Office of Continuing Education, which includes identifying and developing new programs, courses, and instructors who are passionate about Christian higher education. I actively teach graduate, undergraduate, and professional development online courses for the university.