The California Teacher Shortage is Getting Worse 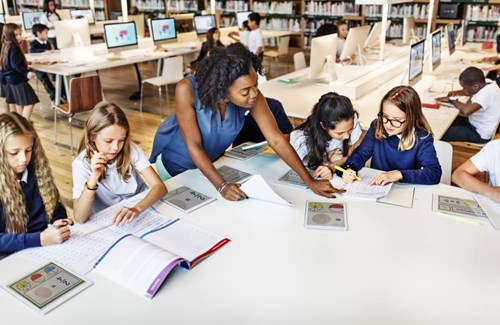 If you're interested in teaching, California should rank near the top of your list. Not only is it a great state to teach in, but the California teacher shortage means they need you.

The state already offers some of the best teacher pay in the nation. For example, the average high school teacher salary in California in May 2017 was $77,390, according to the U.S. Bureau of Labor Statistics (BLS). That’s considerably higher than the nationwide average of $59,170. Only New York, Connecticut and Alaska ranked higher.

California already employs 107,680 high school teachers, second only to Texas. And teachers in the Golden State are still in demand.

The California Teachers Association reports that about a third of teachers in the state are near retirement. They anticipate about 100,000 teachers will need to be hired in California in the next decade.

A recent report backs up that projection. It also shows that the California teacher shortage is continuing. In some districts, it’s getting worse.

A 2018 report from the Learning Policy Institute looked at 25 school districts in California. The districts were chosen in part because they are dispersed throughout the state. They include urban, suburban and rural school districts.

The report found that:

The report states that the California teacher shortage undermines the state’s “efforts to implement new standards, to improve learning, and to close achievement gaps.”

Impact of the Shortage

According to the report, the California teacher shortage has impacted school districts and students in a variety of ways.

In some cases, districts have been forced to cancel some classes. Others have left teaching positions open because they cannot find qualified teachers. Some class sizes have been substantially increased.

But the biggest impact has been in the classroom. Some schools have hired teachers with less education and credentials than is typically needed for the job. The report states that teachers with less “quality preparation” are more likely to leave a job within two or three years. That means more financial costs to the school in trying to recruit teachers (an estimated $20,000 is needed to replace every position that a teacher leaves).

More importantly, this leads to lower student achievement. The impact is especially felt in low-income school districts and among minority students.

Clearly, the opportunity is there in California for professional, qualified teachers.

The state has taken a more active role in closing the shortage gap. For example, state leaders have designated $70 million toward programs that underwrite the cost of taking a teacher preparation program for those who already work as classroom aids.

Clearly, California offers a rare opportunity that combines both good pay and high demand. For those interested in teaching, it’s a situation that may provide the perfect fit for their career.