How Does California Teacher Pay Compare? 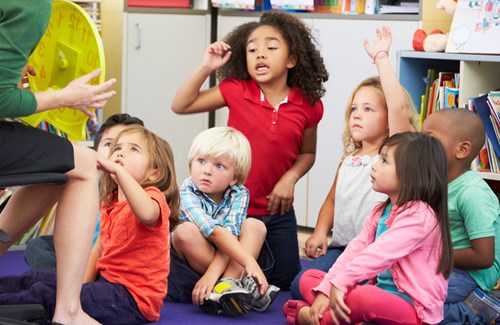 There is frequent debate over what teachers get paid. But do you really know how the individual states differ in terms of salaries?

There’s a good argument to be made that even in states such as California, where pay is better than almost any other place in the nation, teachers should be paid more. That’s especially true for those who continue their education and add to their skill sets by taking professional development courses.

In California, teachers are paid more than most of the rest of the United States and there is an abundance of job opportunities. The following numbers present a good picture of how well California teacher pay stacks up against other states.

These numbers are compiled from information provided as of May 2017 (the latest available) by the U.S. Bureau of Labor Statistics.

Nationwide, high school teachers make an average salary of $59,170, but few occupations are more impacted by geography than teaching. For example, teachers in Oklahoma ($41,880). Mississippi ($46,370), and Idaho ($48,540) make far less than the national average.

California high school teachers make one of the best salaries in the nation at an annual income of $77,390 a year. That’s good for the fourth best in the country. The state with the highest pay is Alaska ($85,420).

California also employs the second highest number of high school teachers at 107,680, second only to Texas at 113,120. However, the average annual pay for teachers in Texas is $57,830, below the national average.

Middle school teachers make the most in New York at $80,940.

Nationwide, elementary school teachers made an annual average salary of $57,160.

Clearly, California is a leader in all four areas in terms of the number of people employed and salary earned. Teachers who seek to improve their career with professional development courses can earn California teacher pay that is much higher than the national average.