Bullying: How To Spot It, How To Stop It 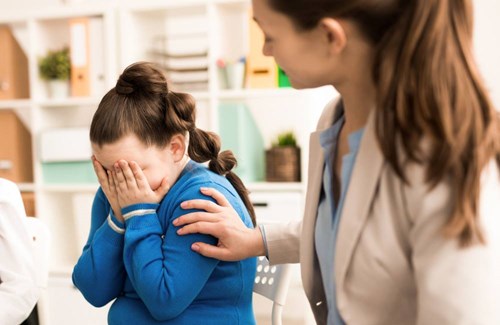 One of the sad truths of bullying is that the child doesn’t always ask for help. Unfortunately, the opposite is true. Only 40 percent of kids who get bullied report it to a parent or a teacher.

That number comes for federal data. Bullying has become so prevalent that the federal government has set up a website to aid parents, teachers and friends to spot signs of a child being bullied.

It’s an issue that needs to be addressed. The National Education Association reports that one in three students in the United States report being bullied once a week. Teachers can enhance their ability to stop and prevent students who bully through specialized professional development courses.

Here are some tips on both spotting and stopping bullying.

Kids who are getting bullied can act out their feelings in any number of ways. Some of the most common include:

For teachers, some of these signs can be subtle, others dramatic. It’s also difficult to determine whether someone is simply going through a rough period or having a problem being bullied.

Getting them to talk about it can also prove difficult. Kids who are frequently bullied often feel helpless. They may feel humiliated and not want to be seen as weak. And they may also fear backlash from those who are harassing them if they say anything.

According to the NEA, it’s important for teachers to understand what is and isn’t bullying. The NEA defines bullying as “systematically and chronically inflicting physical hurt and/or psychological distress on another.”

That can be physical, verbal or social. It can also come in many different forms: teasing, hitting, threatening, destroying property or forcing people to do something they don’t want to do. It’s also indirect, such as making someone the subject of a rumor or excluding them from a social activity.

There are typically three traits present in all cases of bullying: repetition, a power imbalance and intent to harm (in other words, the bully enjoys seeing their target anxious, upset and afraid).

It can take place in person, but also through cyberbullying via social media. It can also take the form of sexual harassment, such as “sexting” inappropriate messages via smartphones or chat messages.

Common targets for bullying include:

Obviously, direct intervention when you see bullying occur is important. However, this is a situation that requires preparation. The NEA provides steps for how to step into situations when someone is being bullied.

They include breaking eye contact between the bully and bullied, addressing any health issues immediately, staying calm and labeling the incident as bullying and making it clear bullying is not tolerated. Now is not the time to get students to apologize or get the details on the incident. Rather, do that later during one-on-one conversations.

Also, it’s recommended to encourage any bystanders who stood up for the bullied student. That reinforces good behavior and can help in later incidents.

For educators, information about bullying and how to intervene is the first step in providing a safe school climate for students.

Talking openly about bullying and having zero tolerance for harassing behavior is also important.

Bullying is a complicated issue that many teachers face almost daily, depending on the school. Getting advanced training to deal with harassment and creating a climate where bullying is not allowed can help alleviate the issue. But, sadly, it will always be something teachers must face. Another way to stop bullying is by raising global awareness which helps students respect each other's differences, no matter where they are from. Another form of prevention is by using restorative teaching strategies in your classroom in order to build a better classroom community.